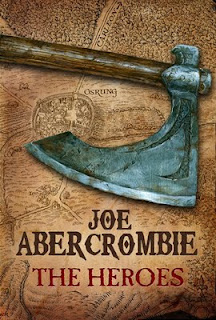 It seemed like a good time to pull this review out of storage,  what with Mr Abercrombie visiting London soon for an event with Myke Cole and Peter V. Brett. Find out about that HERE.

This interview originally appeared at TotalSciFi.Com

Seems like the entire army of the Union is piled into one valley, and Black Dow has assembled the hardest Named Men, the toughest Carls and every boy who can lift a blade to see them off. Outnumbered, plagued by petty rivalries and operating on fear, rather than loyalty, they don’t stand a chance, but those are the times…

Joe Abercrombie performed a rather charming subversion of the classic fantasy tropes with The First Law Trilogy. Since then he’s been writing masterfully crafted standalone stories, which is almost a subversion of the genre itself. The Heroes is refreshing in that it doesn’t need to be told over three (or more) books.

Furthermore it doesn’t matter if you’re already part of the Abercrombie bandwagon, or have just signed up; the book is rewarding to the new and returning reader alike. All high fantasy heroics and moralising go out the window from the start. This is Abercrombie territory, where men who kill don’t do so because they love it, but because they’re not really good at anything else. If you want dashing elves riding unicorns to save virginal princesses from demons, turn back now, this book is not for you.

The Heroes has a stellar cast of troubled, frequently shady or outright unhinged characters that are a joy to read and will have you frantically turning the pages to see if they survive. And survival is about as much as anyone can hope for in this grim tome. Cutting back between the army of the Union and the hordes of the Northmen, we see that petty rivalries, naked ambition and internecine hostility are as much a danger to the soldiers as their enemies on the battlefield.

Far from bringing the nobler aspects of the men to the fore, this battle only serves to put everyone’s motivations under the microscope – the findings are rarely pretty. It’s not all dark, gritty bloodshed though. Abercrombie’s trademark gallows humour elevates this from misery-fest to wryly-observed war story.

VERDICT: 10/10
Once again Abercrombie rewards readers with a novel you will not want to put down. A fast-moving plot, memorable characters and an epic sweep all combine to make The Heroes a fine example of the genre.
No comments:

Email ThisBlogThis!Share to TwitterShare to FacebookShare to Pinterest
Labels: Joe Abercrombie, The Heroes 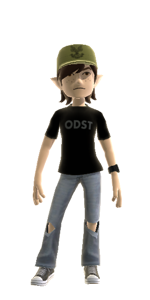 I was on the radio with Fiction Uncovered a few weeks back. I was a guest along with John Berlyne from the Zeno Agency and Bella Pagan, Senior Commisioning Editor for Tor. Not intimidating at all.  So intimdating in fact I forget to say who I am during the introductions. *Facepalm*.

Check it out here. We're the seventeenth podcast down.

The topic was 'Advice for Aspiring Writers of Sci-Fi', although I was very much there in Bookseller mode, as opposed to my recent incarnation as signed writer.

Note: This was before the announcement of my deal with Gollancz, so I'm not being coy, I was just keeping that particular cat in the bag. No cats were hurt during the recording of this radio program, it was just a figure of speech. I have no idea where I got my accent from if you're wondering. Probably a cereal packet.

Worth mentioning that I'm guest blogging over at Pornokitsch, which among other things is my favourite blog on the interwebs (bar perhaps WarrenEllis.com ).

Why not head over there and stick around for a bit. They've even got an interview with K.J. Parker, who wrote The Folding Knife, my favourite novel in 2010. And this post by Adam Roberts is pure heaven... so get to it. Go on.


We live in linked in times. Social media is the digital glue that holds the world together. It’s also the platform for endless snark and possible Life Fail. I’m a private person by nature, my dirty laundry stays in the basket, my meltdowns occur in padded rooms. As such I’ve made the decision to make my Facebook account a ‘Close Friends and Family’ affair.

If you want a 24/7 fill of my wry wisdom I suggest you follow my Twitter account. I will stun you with inane babbling about the spice melange and the Tyrell Corporation. I also surface on Google+ very occasionally. And there is this blog, which serves as my own wee soap box to the world. It has a comments section and I will always reply, although I can’t guarantee how timely the responses will be.

So, in short, don’t be offended if I don’t accept your Friend request on Facebook, it’s nothing personal.
1 comment:

I first started writing when I was twenty-five. I didn’t have a clue, or a plan, I just started writing. I’d worked at Forbidden Planet in Southampton and was lumbered with the book department because no one else wanted it. It was around that time a guy called China Miéville released a book called Perdido Street Station. You may have heard of him, he’s pretty good.

A few years later I found myself having a cup of tea with said author who asked me if I wrote. I shrugged my shoulders and made a joke about writing ‘bad Blade Runner’ type Science Fiction before giving up. But I did start writing again.

After a brief spell of redundancy I found myself working an admin position in a magazine publisher. I wasted no time and quickly started harassing people to give me freelance work  reviewing books. I wasn’t earning much, so free books and a bit of pocket money were all to the good. After 18 months I persuaded someone to let me hustle over to editorial and was introduced to Andrew James, who was always enthusiastic and helpful.

I then did all those things people in publishing take for granted: I started a blog, wrote short stories (largely inspired by Jon Courtenay Grimwood) and started going to conventions. I even ended up shooting the breeze with Pat Mills, Tony Lee and Brian Talbot on a panel. In 2009 I started and finished a full-length novel for the first time. This after three attempts where I ran out of steam.


Then disaster struck; I was made redundant. I applied for jobs in the mornings and wrote in the afternoons. Finances aside, I was perhaps the happiest I’ve ever been. And then I was lucky enough to be invited to the Gollancz 50th anniversary party.

‘Hello Den, are you writing anything at the moment,’ said Simon Spanton, Deputy Publishing Director of one of my favourite SFF imprints.
‘Well, you’ve caught me at a good time’ I squeaked in my most manly and professional tones, ‘I’ve just finished a short story for Jurassic and I’m coming to the end of a novel.'

‘I’ve got this idea for three books,’ he said.
‘Sure,’ I replied, nodding as if it were the most natural thing in the world for Simon Spanton to be asking some half-arsed blogger to write three books for him.

And that’s how I found myself writing three volumes on the approaches to warfare by the classic fantasy races. Three tomes of elves, orcs and dwarves, an entire world world to create, histories to write, and battles to evoke.

Needless to say I’m out of my tiny mind with excitement.

A huge thank you to the entire Gollancz team, especially Simon for taking a chance on me.

Yeah, I know. I can’t quite believe it myself.
3 comments: