The Next Big Thing

I thought it was time I got around to filling this out as the very lovely Kim Curran tagged me in her blog post here. Kim writes Young Adult Fiction for Strange Chemistry, an imprint of Angry Robot. I had the good fortune to meet Kim at the Blackwell YA Day, and have since thrown some shapes with her at the FantasyCon disco.

The following questions all relate to my project for Gollancz, which you can read about here, and here from Dark Lord Sir Simon of Spanton (Note: not actually a Dark Lord, is in fact my editor). 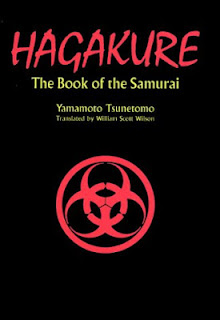 What is the working title of your book?

Well, there are three. The Elven Art of War, The Orc Harrowing: A Verbal Tradition and The Dwarven Field Manual. They are known collectively as ‘The War Manuals.’


Where did the idea come from for the book?

At the bar in a very hot hotel during the Gollancz 50th Birthday party. Simon Spanton and I started kicking the idea around. We met up for a drink a few weeks later in the Phoenix (where else?). I hit upon the idea of introducing a translator character who’d add footnotes and pithy opinions.

What genre does your book fall under? 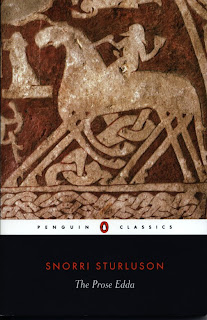 Which actors would you choose to play your characters in a movie rendition?

Due to the nature of the manuals there aren’t that many characters. However –

La Darielle Daellen Staern (Elf) – I’d have to go with Katee Sackhoff. She was excellent as Kara Thrace in Battlestar Galactica, and she comes with that recognition of ‘here is a woman who can handle herself’. She also has that slightly maverick vibe that is essential for La Darielle. Plus, you know, Katee Sackhoof with elf ears... excuse me a moment.

Kani Breakspear (Orc) – would have to be Ron Pearlman. He’s well used to prosthetics after Hellboy, so going orc will be no problem for the big guy. Plus he’s superb in Sons of Anarchy. He has that fantastic physicality you’d need for a orc Khagan (leader) and good comic timing too.

Sudnin Hallstøm (Dwarf) –  I’m going to go back to Battlestar Galactica again. Can you imagine Edward James Olmos in a huge beard being surly? It’s working for me. He has the right mix of grizzled veteran and steady-as-you-go charisma that would suit a dwarf down to the ground. Bonus points for rousing speeches (So say we all!).

Sebastian Venghaus – would have to be Johnny Depp. He’s very good at foppish characters (Sleepy Hollow, Pirates of the Caribbean), whilst still retaining an edge. He knows one end from a sword from the other and makes a convincing academic. Perfect really.

What is the one-sentence synopsis of your book?

Sun Tzu’s The Art of War as written by the three major High Fantasy races.

How long did it take you to write the first draft of your manuscript?

I lost track to be honest. The Elven Art of War came together very quickly, the orc book took a little longer. The dwarves gave me the most trouble. It was a case of staring at the screen until blood started to form on my forehead, to use the old cliché. 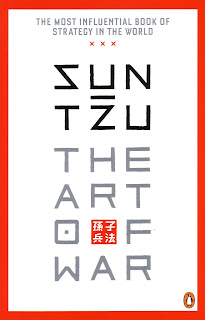 Who or What inspired you to write this book?

My editor, Simon Spanton initially, but other factors would include:
– All the Dungeons & Dragons I’ve played
– Not forgetting Warhammer Fantasy Roleplay
– Three years in the trenches for Games Workshop
– The Hobbit, it would be criminal not to mention it
– The Prose Edda, because you need to go to the source if you’re writing pseudo-Norse Fantasy
– Sun Tzu’s Art of War, much of it is fairly abstract but it did spark some ideas
– The elves borrow ideas from Zen Buddhism, so props to Yamamoto Tsunetomo for Hagakure, and Zen Master Shunryu Suzuki for Zen Mind, Beginners Mind.

What else about your book might pique the reader’s interest?

The illustrations. Each book is lovingly brought to life by the very talented Andrew James, who I count myself lucky to call a friend. He’s a ferociously gifted chap and kindly agreed to lend his skills to the project. I was delighted to have him aboard.

Over to the next big things:

Tom Pollock – debut author of The City’s Son, steadily working on the rest of the sequence. All round Gentleman, and winner of the Fantasy Con Dance Off

Will Hill – writer of the Department 19 series. I was lucky enough to sit in at Will’s Masterclass on YA at FantasyCon.