A round up of what has been happening this February regarding my fantasy novel  The Boy with the Porcelain Ears.

The Bookseller’s post on Gollancz acquiring The Erebus Sequence.

And my publisher’s announcement with some background from me over at the Gollancz blog.

I'm also delighted to have been mentioned over at Tor.Com

And here's an interview with Juliet Mushens, my agent, who was integral in making all this happen.

The first draft of the sequel to The Boy with the Porcelain Ears is finished. The Boy who Wept Blood focuses on a different protagonist and is set eight years after the previous book. I’m currently taking a rest from that manuscript and using the time to write some short stories. More information on these as when they find homes.

And now back to work.

I’ve made a serious commitment to reading more books this year. During the creation of the War Manuals I neglected making time to read. February has brought three very different books, but each one perfect in its way.

Note: not in any way critical reviews, just my own rambling enthusiasm. 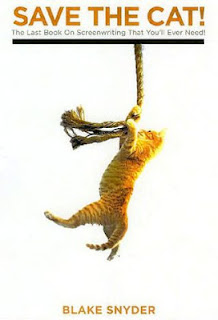 Save the Cat was recommended to me by Ben Aaronovitch in the pub. A book on screen writing may not be an obvious choice for a budding novelist but there are lots of tips that make this a worthwhile read. Blake Snyder’s approach to the beats of a story are worth the price of this handy-sized tome alone. A novel is a sprawling thing, written over months, so any guide to structure and planning is a God send.

There are also The Immutable Laws of Screenplay Physics. I particularly enjoy the ‘Double Mumbo Jumbo’ rule –  don’t mix two elements of the fantastic. Have aliens, have magic, but don’t have both or the audience will struggle to suspend their disbelief. It’s also useful should you decide you ever want to try your hand at scriptwriting.

This book gave me a booster shot of confidence when planning book 3 of The Erebus Sequence, and I’d recommend it to anyone, novelist or screenwriter. 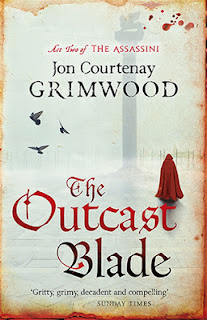 Back to fiction in the shape of Jon Courtenay Grimwood’s The Outcast Blade. I absolutely loved the first book of the Assassini – The Fallen Blade – and don’t mind admitting it was a huge influence on The Erebus Sequence.

This is Venice re-imagined, steeped in politics and heady with concealed agendas with an added dash of supernatural. Beset from without by foreign Empires, seething within from the many intrigues. Tycho is a riveting protagonist and the turns come thick and fast. The cast of characters really blossom in this part of the trilogy and Venice itself is lovingly rendered in all its filth and grandeur. I’ve been a huge fan of Jon’s writing for while now; the prose is measured, economic and brings with it a tension that makes even the most simple dialogue exchange feel taut. Nothing is wasted.

Desperate sword fights at night, doublets and hose, unrequited love, witchcraft and familiars. This book is essentially cat nip to me. It was particularly interesting to see motherhood portrayed in a Fantasy novel. Young children and families are so often overlooked. 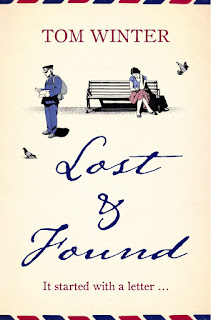 And more fiction. Decidedly less Fantastical but still fantastic. I met Tom Winter at a party thrown by my agent last December and I’m pleased to say we got on extremely well. His debut, Lost and Found, tracks the lives of Carol and Albert. Carol is trapped in a loveless marriage with an eternal man-child and a daughter who can barely tolerate her. Trapped in a hum-drum corner of Croydon she struggles to stay sane. Carol takes to sending letters full of the feelings she has been holding onto for decades.

Albert is a postman nearing retirement. A widower he has very little to look forward to, unaware of his own loneliness, Albert is an old soul even by his admission, struggling to make sense of a career ending in a world much changed. Albert’s own world changes dramatically when he finds Carol’s undeliverable heartfelt letters.

I loved this book. It balances council estate grimness with a scathing yet understated humour. I really couldn’t put it down, even reading it behind the till at the bookshop when there were no customers around. The characters are unremarkable people, perfectly drawn, absolutely believable. The plot moves with the canny assurance of a writer who knows exactly what they are doing, throwing all sorts of emotional gut punches and clever twists along the way. Ultimately there is a beautiful warmth to this book that makes it worth the turn of every page. 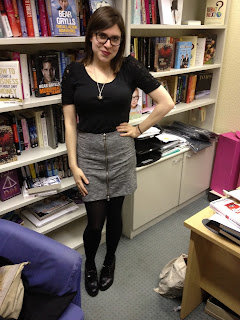 The first time I met Juliet Mushens I was too nervous to talk to her. Literary agents were still a very unknown quantity to me last summer and I confess I was rather tongue tied. Fortunately I received a second chance to chat. She soon put me at my ease and we’ve been partners in crime ever since. Juliet is a very hands on agent, giving both structural and line edit notes to her authors.

I thought it would be a good time to interview her following the deal with Gollancz for my novel The Boy with the Porcelain Ears, which in the first part of The Erebus Sequence.


What are you looking for at the moment?

I am looking for everything - I have a very diverse list - but I would especially like some literary historical fiction (think The Book of Night Women), a high concept thriller (think The Shining Girls) and a great serial killer thriller, as well as some more high fantasy. I am a sucker, in general, for psychological thrillers, unreliable narrators, the dark side of friendship, and sparky dialogue.

What do you like - and dislike - seeing in SFF submissions?

I like original settings and characters who are shades of grey. I dislike women portrayed as just victim, virgin or whore, and rape in general in fantasy.

What made you offer representation for The Boy with the Porcelain Ears?

I fell in love with the characters: the lost Lucien, dry Virmyre, feisty Rafaela. There is such a rich cast of characters and the setting and prose is rich and poetic. I was also intensely impressed by the skilful plotting - and how strong the female characters are!

What do you like most about the agenting process?

Too many things to pick! I love to edit, I love to negotiate, and I love getting to hold someone's book for the first time and knowing that I helped bring it into being.

Which books would you most like to have agented?

The Book of Night Women, The Book Thief, Stasiland, Retribution, Lolita, Assassin's Apprentice... Too many to count!

Probably any time I sell a debut writer's novel. It feels very special.

TOO MANY TO NAME! Love Only Forward, Ender's Game, Ship of Destiny, A Game of Thrones, Daughter of the Empire, Gormenghast. And I've probably forgotten a ton!

Juliet works for The Agency Group and can be found on Twitter as @Mushenska. She has a minor addiction to the caps lock button and a great sense of humour.

Welcome to the Big Leagues

I’m delighted to share the news that I have signed with Gollancz for a fantasy trilogy. The first novel is called The Boy with the Porcelain Ears and follows the fates of Lucien ‘Sinistro’ Di Fontein as he attempts to find his place among the nobility. Each book will centre on a different protagonist, telling a story set within (and often around) the sprawling edifice of Demesne.

The first three books are called The Erebus Sequence, with each novel focusing on the Orfano; deformed orphans left on the steps of the Great Houses. Each Orfano will be set against the internecine politicking of the nobles and a deeper corruption, reaching back hundreds of years.

"Deputy publishing director Simon Spanton bought world rights in the three books from Juliet Mushens at The Agency Group, in her first deal for the new UK literary division at the agency." – The Bookseller

I’d like to take this opportunity to thank my test readers, Matt Rowan, Lizzie Barratt and particularly Matt Lyons. Juliet worked very hard during the structural and line edit, turning a book I was pleased with into a book I’m proud of. I’d also like to thank Tom Pollock for various advice along the way.
3 comments: