Things I Am Doing This Week

Riding my Elk around town like a mother-loving BOSS. 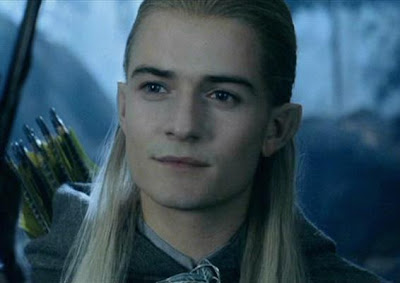 Looking kinda enigmatic and smug all at the same time.

Hanging out with my friends and finding everything, like, way tedious. 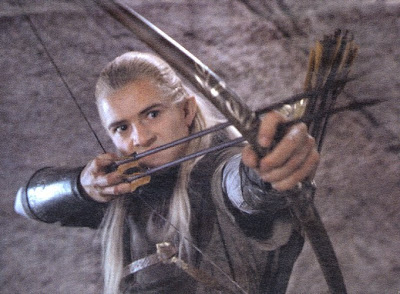 Casually firing arrows in an impossible fashion. Sure.

Email ThisBlogThis!Share to TwitterShare to FacebookShare to Pinterest
Labels: Bend my bow and make me quiver, Elf and Efficiency Week, Fit and Elfy, Pointy Yet Delicate

Thoughts on the Low Town Novels 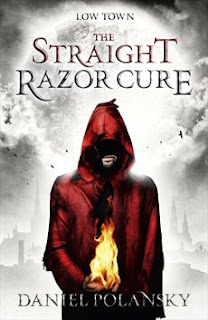 The Low Town novels are strange and wonderful things, part Fantasy, part Noir. My own relationship with them has been anything but straight forward. I confess, the first novel,  Straight Razor Cure passed me by. It was only when a book rep visited me in store and began telling me how great Tomorrow, the Killing was that I pricked up my ears. I was working as a bookseller at the time and was on the look out for Fantasy that sidesteps the usual cliches. Reading the Low Town novels out of order is no great problem as they are written as stand alone stories. To a point. That point would be She Who Waits. You’ll want to read the first two Low Town installments before you embark on this particular novel.

No, I’m not telling you why, just trust me on this one. 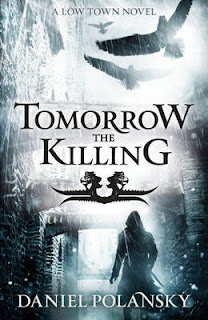 Straight Razor Cure has a very Noir plot, but still feels like a Fantasy novel. I’d recommend it to anyone who enjoys Joe Abercrombie’s work. These are hard cynical people operating (often barely surviving) in a hard cynical world.

Tomorrow, the Killing continued in that vein, introducing us to more of Low Town’s denizens and the murky backstory of Warden, the protagonist. Warden is a genuinely interesting protagonist; a kid off the streets turned war veteran, turned watchman (and then drug dealer). Warden has enemies and feuds, allies and old grudges, he’s a man that’s done a lot and still has a way to go. He’s half way between an everyman and the sort of guy you don’t want to meet in the wrong sort of pub. Or any sort of pub. There’s nothing special about him; aside from his, intelligence, wit and tenacity.

She Who Waits brings the three novels to a conclusion, setting Warden against his former master at Black House (the not so secret police), and various rival gangs. Of the three it feels the least Fantasy, The Noir is definitely in the driving seat for Polansky’s third offering. 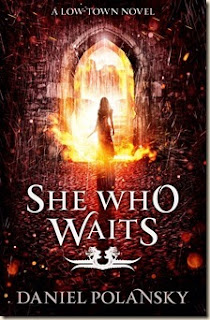 A large part of She Who Waits focuses on Warden trying to keep the peace between the various factions. Flashbacks introduce us to more of Warden’s career at Black House, and his relationship with the Old Man, who rules with a Machiavellian ease. The stakes are high. Warden has a family of sorts, his best friend, Adolphus, his wife Adeline, and a stray from the streets now grown to maturity, Wren. Warden finds himself under pressure, from his old masters to discover the source of a new drug that is having homicidal side effects, and from an old rival. This is the darkest of the three Low Town novels, even Warden’s trademark irreverence takes a backseat as the tension ratchets up.

In short, you should buy these books now. All three of them. You won’t regret it. They’re filled with short, sharp chapters, full of glass half empty world weariness. There’s nothing flabby about these stories; it’s all lean and very mean.