It started with baited breath. I’d submitted The Boy with the Porcelain Ears (later to be ‘Blade’) to Gollancz, via my agent Juliet Mushens. Then in late January an offer was made and my agent swung by the bookstore to tell me the good news. Gollancz didn’t just want the book, they wanted the trilogy. Music to my porcelain ears.

February was going to be great, or so I thought. I was editing the War-Fighting Manuals and feeling good, until the bookstore made me redundant. Departing any sort of regular work for the life of a full time writer was not what I had in mind, but 2013 had other ideas. The month was rounded out with the excellent Kitschies awards, and then a massive weekender of watching all the Avengers films. Because if you’re going to be unemployed you may as have a Hulk. 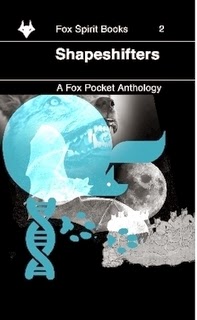 I took March off. I say ‘off’, I wrote about six stories for Fox Spirit, back-to-back, two of which are now in print from Lulu here. The year also saw a short story for NewCon Press’ Looking Landwards competition (which later ended up in the anthology), and a story called All is Dust for The Book of the Dead. That’s not counting a story that ran to over 10,000 words that won’t see the light of day. You win some, you lose some.

April and May passed by in a blur of commuting and copywriting for an online fashion company. Publishing deals take a long time to finalize, so I was in need of the cash at this time. To say going back to an office-based 9-5 was a shock to the system might be the understatement of the year. I was grateful for the work but when the time was up I was only too happy to get back Landfall, the setting for my novels.

June was devoted to redrafting The Boy Who Wept Blood, the second book in The Erebus Sequence, with July seeing the start of the third book underway. During this time I was getting various corrections for the War-Fighting Manuals and attempting to leave the house and speak to people on occasion. A quick look through the calendar reveals my socializing consists of book launches and meeting other writers in the Royal Festival Hall – I might need to work on that in the new year. 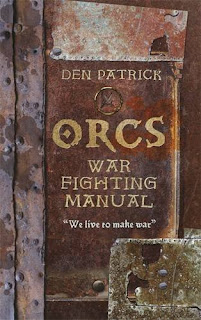 August was particularly good due to the Nine Worlds Convention. I sat on two panels and read from Porcelain for the first time. This was such a great weekend and I’ve booked my ticket for the following year already. I think Nine Worlds will do really well in the years ahead. August also saw the release of the Orcs War-Fighting Manual. I was a bona fide Gollancz author. Not bad for a kid who loathed school and didn’t hang around for sixth form.

September had me re-reading and giving another polish to The Boy Who Wept Blood, before it was sent off to Dark Lord Spanton, my editor at Gollancz. This might ordinarily signal a good spate of fretting by some authors, but I was too busy trying to finish book three to give it much thought. Thinking leads to more thinking, writing leads productivity.

I also took time out to hop over the Northern Island for Off the Page: Storytelling Without Borders. This was a one day workshop led by Glen Mehn, who had attracted a band of merry helpers including Lou Morgan, Tom Pollock, Anne Perry (of Hodder and Stoughton), and Jenni Hill (of Orbit books). It was a fun to watch people develop their own ideas and listen to other peers talk about the craft.

Just a month after Orcs was unleashed the Elves War-Fighting Manual joined the fray, but the launch party would have to wait until October.

October, November and December were not unlike a marathon. I’m pleased to say I staggered over the finish line on Dec 8th. The first draft of book three (title pending) was complete. And what a shaky, scruffy looking beast it is. The hard work starts in the new year when I start putting it through it’s paces and re-writing the weak chapters, polishing the strong ones, and making sure the characters are behaving themselves. 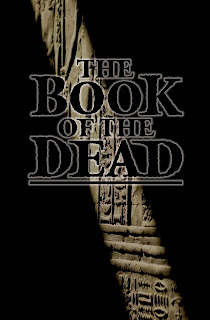 I realize the above paragraph makes it sound like I sat in my garret, churning out thousands of words and nothing else. There was also a launch, namely my own in October, with the very excellent Andrew James (illustrator of the War-Fighting Manuals), World Fantasy Con and a smattering of birthdays and Halloween parties. The Book of the Dead also emerged from the vault at this time.

So, here I am twelve months later, a full time writer largely by accident than design. Three books are in the wild, a half dozen short stories in print, and my first novel due out in March. 2013 has been anything but quiet. It has not always been smooth sailing. If asked to sum up what I’ve leaned I’m not sure I could tell you, but I know it’s been a huge year of change and growth. Just reading The Boy with the Porcelain Blade again recently showed me my writing style has changed (hopefully refined). I’m more aware of what to expect from a life in publishing, have seen friendships deepen, professional relationships flourish, and realized just how hard people work. Writing takes a lot of time, not just for authors, but for agents, editors, publicists and so on.

Thanks to everyone who spared the time to lift a glass, share a smile, join a conversation, or just generally hang out.

I’m facing 2014 with a smile. I don’t know what happens next, but then who does?