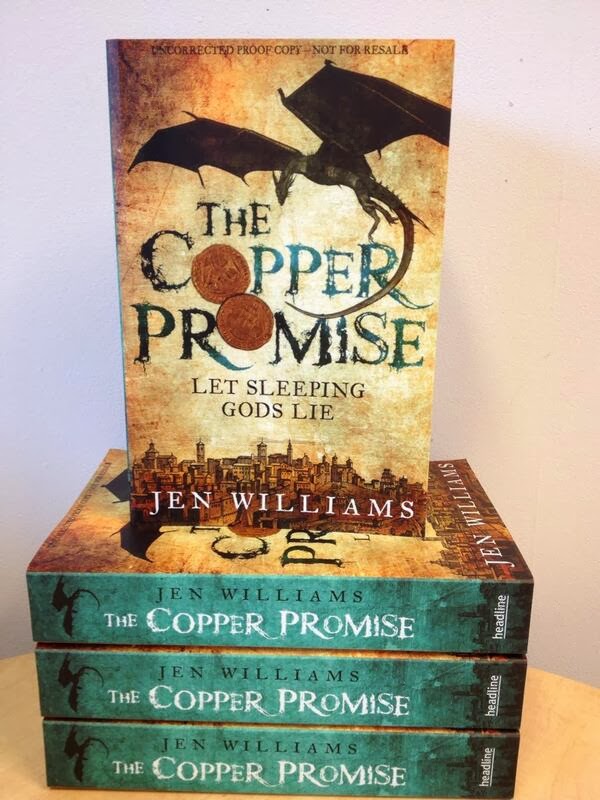 The publication date of 20th March draws near for The Boy with the Porcelain Blade and I am pleased to confirm to some events.

I’ll be appearing at Blackwells, Charing Cross Road, London on Monday, March 10th with the excellent Jen Williams. Jen’s debut novel, The Copper Promise, is released by Headline on 13th February. Four installments have been released as an Ebook serial. I can’t say enough good things about this book. It’s a breath of fresh air, fun, intensely readable and did I mention fun? Jen’s talent for creating likable characters shouldn’t be missed. Much has been made recently of how grim and dark modern Fantasy is. The Copper Promise doesn’t shy away from the darker side of fiction, but there is a lightness of touch that is a real joy to read.

This blog post has deviated somewhat from an events announcement to a book review – never let it be said I’m predictable. 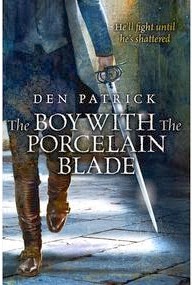 The second event I’ll be appearing at is on Saturday March 22nd. You can venture to the far away land of Hampshire to get yourself one of famously terrible signatures. I’ll be at the Southampton Forbidden Planet from 1pm. This is my main signing if you will, I may read, I may not.

A Thing: I worked at Forbidden Planet Southampton for all of about three months a very long time ago. Mainly I worked the till and drank coffee, but I was also given the books department. It was around that time a shaven-headed brute of some notoriety released a book that inspired me to start writing. You may have heard of it, it was called Perdido Street Station.

Anyway, I’m very much looking forward to visiting Southampton, especially as one Matt Lyons resides there. Matt has been a constant ally in bringing The Erebus Sequence to a readable standard. He is a superb test reader, unafraid to call me out on missteps and fuckery.

It’s been a very long road. It was about this time three years ago I was being made redundant from my job as comics editor. That period of redundancy was a key factor in the creation of The Boy with the Porcelain Blade. I’m currently pinging between some amount of trepidation, relief (Finally! It’ll be OUT), and some concerns over making Book II even more kick ass.

I hope to see you at one of the events,

Email ThisBlogThis!Share to TwitterShare to FacebookShare to Pinterest
Labels: Events, Jen Williams, The Boy with the Porcelain Blade, The Copper Promise