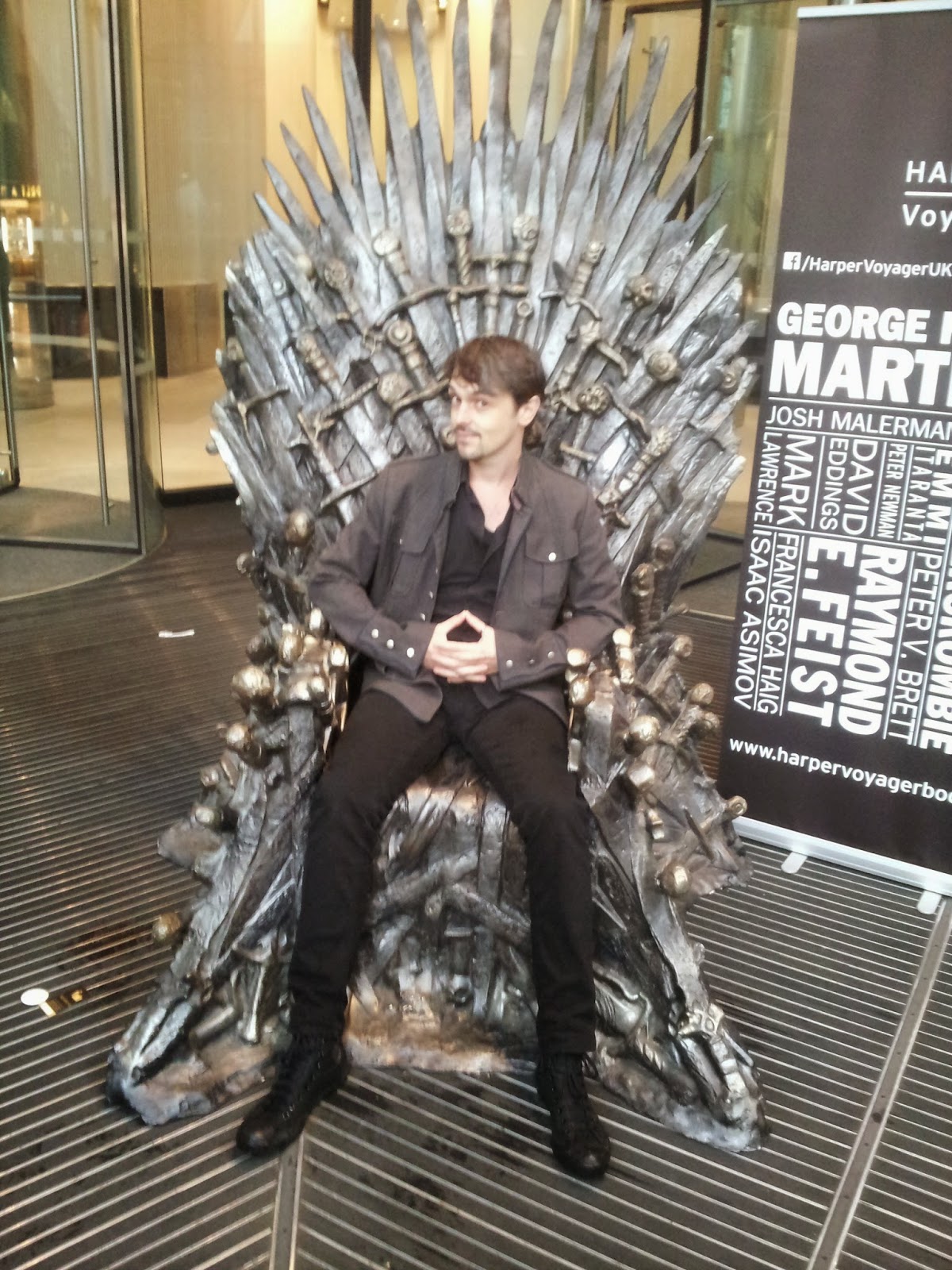 It’s been a while since I’ve updated the blog. Early August was a tide of events, kicking off with Nine Worlds, followed by Fantasy in the Court at Goldsboro Books, then Gollancz Fest at Waterstones Piccadilly. And then the daddy of them all, WorldCon, or LonCon3 as it was also known. It seems conventions are incapable of having a single point of branding.

As a debut author I was keen to get out there and meet the public, hope I won them over in some way, and that they would buy the book. There was always a feeling I wasn’t doing enough, not appearing on enough panels, not rubbing shoulders with the right people. I spent eighth months writing The Boy with the Porcelain Blade, spent another two weeks polishing it before submission to my agent. Then another two weeks refining it for submission to Gollancz. Then there were copy edits and proof reading. And that is relatively quick for a novel in my experience. My prevailing thought was Well I spent all this time on it, it would be a shame if no one read it.

Fortunately people are reading it. Gollancz sold out of copies at WorldCon, which made me feel good. Amazon has steadily tallied up reviews (but feel free to add your own, every little helps and authors live and die by their ‘stars’ in the digital age). Friends send me pictures by text when they see it in shops, which is a fantastic feeling. Waterstones particularly not only stock it but recommend it in a handful of stores, which I’m profoundly grateful for. If I appear blithely ignorant of ‘how it’s going’ then it’s because I am. I don’t look at my own sales figures, that way lies madness I think. There are plenty of things to obsess on in life and sales figures could well unravel my tiny mind. My job should be writing, not fretting, after all.

High points of the summer were moderating the Epic Fantasy panel with Elizabeth Bear, Gaie Sebold, Rebecca Levine and Scott Lynch, who were all amazing. I’ve never moderated before and I’m grateful to the Nine World books track organisers for asking me.

Fantasy in the Court was the most charming boozy street party full of interesting people. I was even asked to sign a couple of copies of Porcelain. Thanks to everyone at Goldsboro Books for all their hard work.

As biased as it sounds, the Gollancz team kicked much ass with their event at Waterstones Piccadilly. It’s quite a thing to be interviewed (along with my fellow debut authors) by Gillian Redfearn, just moments after Sarah Pinborough has interviewed Joe Hill. Forgive me if I sound starstruck.

And finally I’ll sign off by telling you the third draft of book three of The Erebus Sequence. is complete. Thanks to my test readers Matt Lyons and Matt Rowan. Now I send the manuscript to my agent for quality control. Let’s hope she likes it.