The first book of the new series is nearly here and we're kicking things off in style at Waterstones Covent Garden, London. Come along from 6:30pm until 8:00pm on Friday 25th May and get yourself a signed copy. I'll be doing a brief Q&A with Vicky Leech, editor at Harper Voyager. There may well be drinks after. There may well be drinks during. I may start drinking before. Who knows? 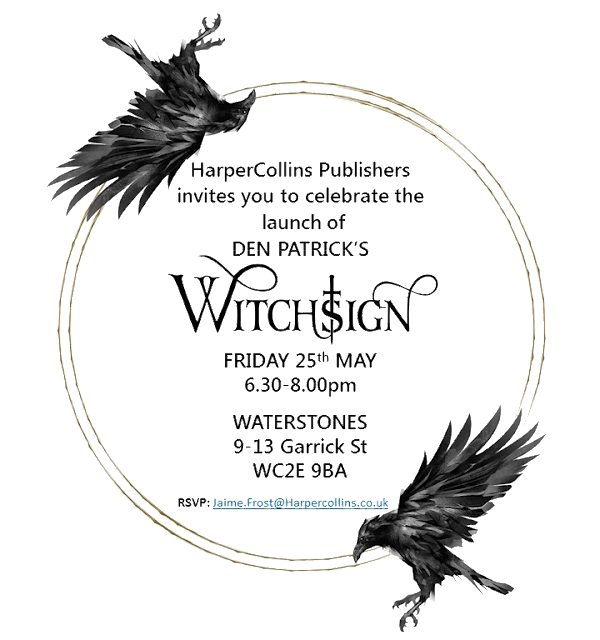 Following that I'll be at Forbidden Planet Southampton on Saturday 26th May at 13:00 (quite possibly hungover from the night before) where I'll read and be happy to sign all and any of my books. I may even sign other people's books depending on the magnitude of the hangover.

For those book collectors who can't make it to the signings, I would point you in the direction of signed copies at Goldsboro Books. That is to say I would but all one-hundred of them have sold out already. 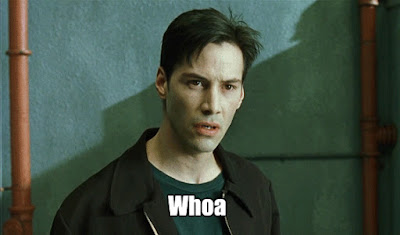 You said it, Keanu. Kinda surprised me too.

If you can't make it to the signings feel free to contact me on Twitter @Den_Patrick and we'll try and work something out involving the vagaries of Paypal and the Royal Mail.


Rachael at Scorpio Book Dreams reviewed Witchsign and writes that:

'The magic of dragons and the elements weaved throughout the story was skilfully handled and built to a thrilling climax. The action scenes were brilliantly executed, fast-paced and involving.'

But don't just take Rachael's word for it.


Yes, that Robin Hobb. I know. Maybe I should have saved the Keanu meme for this part of the blog post.


That's all for now, and as Hunter S. Thompson said, 'Buy the ticket, take the ride.'